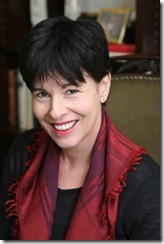 Today, I am proud to announce that I am now client of literary agent Sally Harding and The Cooke Agency.  I’ve been sitting on this news for quite a while, but deals like this take time to get done, and get done right.  To all those I have kept this news from over the past few weeks, and to those I have outright not told the truth to when they asked “How’s the agent hunt going?”, I apologize.  I did not want to jinx this by counting my chickens before they hatched.  I hope you understand.  To those few I did tell, and who kept this a secret this long, a huge thank you.

Sally and I first met at the PNWA Conference in July 2009.  In fact, she was the very first agent I pitched to there.  I was very nervous, and I knew almost nothing about the process of pitching to an agent.  I almost blew it by talking beyond the point where she said ‘yes’ to reading a sample of my manuscript.  But she did say ‘yes’.  And that’s where the real story begins.

It was at this conference that I discovered that my manuscript Nowhere Home was too long and targeted to the wrong audience.  I’ve blogged about that experience before, so I won’t go into much detail here.  But I do want to thank Pam Binder, the PNWA President, for all of her encouraging words that day that saved a new writer from the depths of despair.  I took her advice, and did the rewrites on Nowhere Home, which  became The Forgotten Road, and I began sending samples of that out to agents.  My first version was sent to Sally in December of 2009.  We exchanged a few emails over the next few months and she requested the rest of the manuscript, but it wasn’t until the next PNWA Conference in July 2010 that we had another chance to really connect and talk about the book.  She was very positive about the book and said very kind things about my writing style.  She wanted me to do another major edit on the manuscript, and then to let it sit on my shelf for a while, then to resubmit to her.  And that’s what I did.

One of the smartest things I did over those next few months was to work with Book Doctor Jason Black.  Jason provided me with a very detailed review of the manuscript, with dozens of changes to make.  I highly recommend Jason’s services.  He taught me so much about how to not only improve that story, but also how to improve my style, and what to look for when doing my own editing.   Had I not worked with him, I have no doubt I would not be writing this blog entry today.

I resubmitted the manuscript to Sally in December 2010.  We exchanged a few more emails through January and February, and the longer it went without her saying no, the better I felt about having a shot.  And then she asked to speak to me on the phone on Friday, March 4.  We talked for about half an hour about the story and about the Cooke Agency, and at the end, she made the offer for representation.  It was a heck of a way to end the week.  I believe I did a double fist pump after I hung up.

Since that call, there have been more calls and more emails as we worked out the contract, and she introduced me to some other members of the Cooke Agency Team.  We also talked about some changes I will be making to The Forgotten  Road.  We’re still planning those changes out, and it will take a significant effort on my part to get them all done.  But Sally has agreed to be my agent because she believes I have not only a book that can sell and sell well, but because she likes my writing style, and sees the possibilities beyond this manuscript.  This is the kind of encouragement, feedback and commitment I wanted from an agent, and I can’t express how happy I am to be working with Sally and her team.

So what does this mean? Am I now rich and famous and a full time writer and can quit my day job.  No, No, No and Definitely Not.  Getting an agent is only the next step.  For a new writer it is a big step.  But now writing takes on a slightly bigger role in my life.  I now have obligations to people other than myself.  At some point, there may be –gasp – deadlines.  But not yet.  I haven’t made a dime yet from writing since I was 14.  No one is paying me to write.  And even if I did sign a publishing deal tomorrow (which is not going to happen), it would likely be 18 months before the book hit the market.  And like I said, the manuscript needs lots of work before we even get to the point of hunting for a publisher.  There’s a long road ahead, but this is a very good start.

I’d like to thank a few other people for helping me to get to this point.  First, of course, is my wife, Lisa, for all her support and encouragement.  Without that, I never would have even tried to write again, and would have stopped a dozen times along the way and gone back to watching TV and playing video games with my spare time.  She has read and reread my novels a dozen times, and she is probably tired of them, but she never says no to another re-read and always finds ways to make them better.

I’d also like to thank my writing buddies, Ben Newland and Teri Towne for being there to bounce ideas off of, and for reading the earlier versions.  And a special thank you to those people who read the first draft of Nowhere Home:  my Mom (of course), Carolyn Coene, Mike Barsoski and Eric Briggs.  I almost feel bad I made you suffer through that.  But your feedback, and your encouragement really helped.

What’s odd is that making this announcement feels a little anti-climactic for me, since I’ve been keeping it a secret for so long.  My mind and body have already processed the initial endorphin rush and I have moved back on to the work.  But I am truly excited to make this announcement, and am really looking forward to working with Sally, and to bringing you more good news in the future.

3 Comments on “A Very Big Announcement”