My Favorite Video Games of All Time, Part 3: Console Games

Let me warn you, console games for me consist primarily of XBox Games. I’ve never had a Nintendo or a PlayStation. And actually, my game playing on the XBox has been fairly limited as I bought the XBox around the same time as I got married, and I just didn’t play it a lot. But since this series started because I dug out an old XBox Game off the shelf, I will cover the ones I played the most.

The only non-XBox game is listed at the end, and should bring back the memories for all you really-old fogies out there. 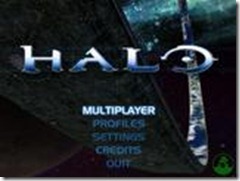 Halo – This is the game that convinced me to buy an XBox. I used to go over to a friend’s house and play Halo every week, and I got tired of getting beat all the time. I needed to practice—so I bought my own console. Unfortunately, practice didn’t help. I still sucked at first person shooter games, and got beat, badly, every week.

Project Gotham Racing – I played a lot of this game once I figured out that a) I sucked at first person shooters, and b) I needed something I could use as therapy for my thumbs. Yes, that’s a true statement. Playing video games was great for keeping my CMT-afflicted thumb muscles in shape.  I liked the game itself though, as I could see improvements race-to-race and day to day, and I felt like I could eventually master it. I got close. Muscle memory is a wonderful thing.

Pure – This is the game I pop in when I have 20 minutes to blow, and want to give my thumbs something to do. The movements are a little more complex than PGR, so it allows me to work on my coordination and muscle skill. I’m actually being serious here. Games can definitely be used as rehab tools for hands with muscle impairment issues.

Madden Football – I’ve had 3 different versions of this over the years, and my last one is Madden 2010. I usually play it as the Detroit Lions, go in, demolish the league for a season or two on easiest setting, and pretend that the Lions have really won the Superbowl and have built a dynasty. One can always dream, right?

Star Wars Battlefront – This is my alternate, pop it in for a few minutes, and play game. My son has recently started playing this, and I fear he will soon be able to beat me, so I may hide it on him. 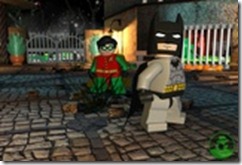 Lego Batman & Lego Star Wars – These are the games we picked up for my kids to play. I’ve played a lot of hours on these, and while they aren’t the greatest games in the world, they are kid safe, funny at times, and a good way for the kids to learn to use a controller (like they wouldn’t learn how to use one of those sooner or later).

Colecovision Super Action Baseball – If you were a kid in the 80’s and had a chance to play Colecovision’s Super Action Baseball, you knew you were playing the best game ever made. With it’s funky controller and game sounds, you could play for hours against your friends, mixing in fastballs and curves and setting up you lineup. I can’t tell you how many winter days I spent over at my friend’s house playing this. Great times!

Anyway, that’s my recap of some of my favorite video games of all time. If I think of some more I’ll post them in another list in the future.